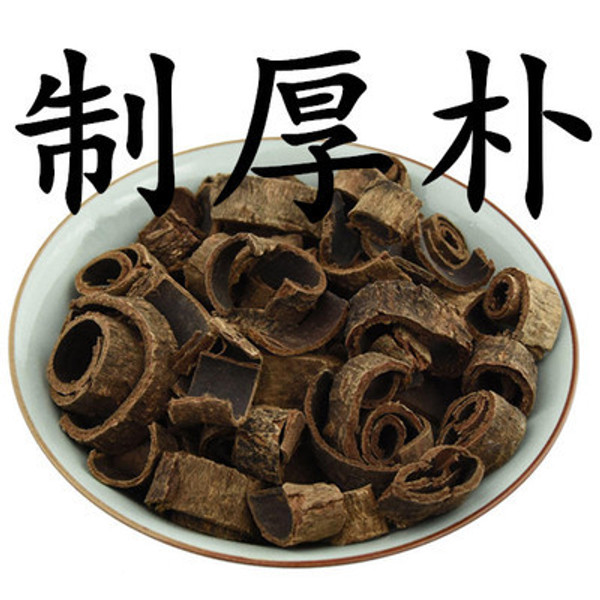 Use of houpu magnolia bark (Hou Po) in TCM
Please note that you should never self-prescribe TCM ingredients. A TCM ingredient is almost never eaten on its own but as part of a formula containing several ingredients that act together. Please consult a professional TCM practitionner, they will be best able to guide you.

Preparation: Scrape off the rough skin, wash, break into sections and dry.

Contraindications*: This herb should not be used by pregnant women or by those with Stomach or Spleen Deficiency.

Common TCM formulas in which houpu magnolia bark are used*:

Houpu Magnolia bark also taste Bitter and Pungent. The so-called "five elements" theory in Chinese Medicine states that the taste of TCM ingredients is a key determinant of their action in the body. Bitter ingredients like houpu magnolia bark tend to have a cleansing action on the body by clearing heat, drying dampness and promoting elimination via urination or bowel movements. On the other hand Pungent ingredients tend to promote the circulations of Qi and body fluids. That's why for instance someone tends to sweat a lot when they eat spicy/pungent food.

The tastes of ingredients in TCM also determine what organs and meridians they target. As such houpu magnolia bark are thought to target the Spleen, the Stomach and the Lung. In TCM the Spleen assists with digestion, blood coagulation and fluid metabolism in the body. The Stomach on the other hand is responsible for receiving and ripening ingested food and fluids. It is also tasked with descending the digested elements downwards to the Small Intestine. In addition to performing respiration, the Lungs are thought to be a key part of the production chain for Qi and the body fluids that nourish the body.